We rejoin our narrative after two previous installments for this penultimate episode, in which we discuss my show, Queens of the Sapphire Sea, and how it went from nothing to something. And it only took five years! 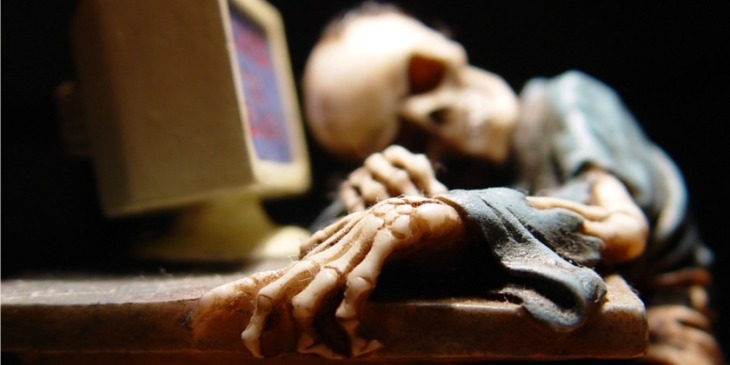 Things came to a head last summer after a reading of radio shows between myself, Tyrant Rex, and Adam Lance Garcia. These two rapscallions and I put on a small performance in Park Slope, Brooklyn, of some of our work. Wouldn’t you know? It went over really well! The fact that it was free didn’t hurt, but hey! We thought we had something. So we began brainstorming and came up with what would become Radio Room.

Now, how/where/when/why Radio Room came together could be a whole series in and of itself, but–in short–it would aspire to be a writer’s room for our various projects: Rex’s established Tales of the Halloween Team, Garcia’s anthology series Smoke Without Flame, and my own…

I had dozens of ideas, of course, but something about Queens stuck out to me. It was adventurous, fun, and featured the kind of stylizations we were looking for. Radio Room was to be a loving homage to serials of the 40s and 50s, but with updated storytelling techniques. Romance, patter, a focus on thrills… Queens seemed to fit the bill, and when I pitched them the logline, they wanted to see more.

Which required a whooooooole lotta work.

The first thing that was required was a mini-bible. Not only would this sell my partners on the idea as well as it’s potential for longevity, but it would function as a foundational piece for their own writing. I don’t recommend writing a mythology or bible for every project that you work on–there’s always the opportunity that you’ll never stop world-building–yet when you work with others, there should always be ground rules. This includes:

That’s it! Don’t go nuts! You’ll overthink it. Your producers will change it. Your actors will finagle it. And you’ll have spent a lot of time hammering stuff into stone that could emerge organically!

This was then workshopped outside of the group. I feel that this is an important step that not enough writers get: go to someone outside of your social circle for advice. They won’t have the same kind of connection to you, personally, that might temper their opinion. It might not be nice (in fact, it shouldn’t be). It might not be fun. It will show you what’s wrong before you get too far down the rabbit hole.

Next came the recrafting of the property. This was done in a series of emails and in-person meetings, in which Tyrant, Adam, and I honed the episodes. From my work before, I knew what I was trying to say with the piece and what couldn’t be changed. At the same time, I was willing to allow the guys to shift the tone and characters so that they would find a spark that would inspire them. This was to be collaborative. I had to allow them to collaborate on this.

Most of all, I had to shift the property into something that worked via audio. Don’t make the mistake in thinking that your great idea can transfer media without work. There’s a reason why most video games-turned-films are terrible, and why most films-turned-video games are also just as bad. Interactive media has a whole different rule set than traditional media. Ignore these at your risk! If you don’t understand the strengths and weaknesses of your chosen platform, you’re doomed to failure from the start.

Auditory storytelling is the oldest form of art, and it is a mixture of both passive and active media. It is passive in that the audience listens to a linear story that is told to them. It is active because the audience must construct the world inside their minds and envision what is being told to them. That means you have to give the audience juuuuuuuuust enough to set the picture, but allow their mind to fill in the blanks.

For Queens, I had to do more spelling out than I’d like to do. A lot of subtlety that I had planned on was made more overt (again). Belle and the newly-renamed Madeleine had to play much more grandiose, much more like cartoon characters: the audience had to understand everything from their vocal range, since facial expressions and body language don’t translate to the airwaves. At the same time, I had to pull back the villains even more. They couldn’t become too outlandish, or else the entire piece would seem like a send-up.

The only problem was that I couldn’t quite wrap my head around it until I dove in, head-first.

I’d written small bits for radio and audio comedy before and full television scripts, video games, and screenplays, but this was something entirely. My co-producers liked my pilot treatment but wanted to see it on the page. This was a gamble: I would have to produce 30-pages of material in the hopes that it would impress, but with the chance that it’d be terrible and I’d have to start all over again.

So, how did it all turn out? That’s for tomorrow’s installment, the first in Radio Room’s series on Show Notes. Tune in then!