“Man is by nature a social animal; an individual who is unsocial naturally and not accidentally is either beneath our notice or more than human. Society is something that precedes the individual.” 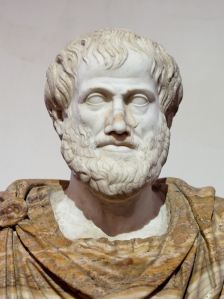 Aristotle believed in alchemy, geocentrism, and flies having four legs, but he had it nailed with the human condition.

If you’ve ever been to a movie or a show on Broadway, you know what I’m talking about with the title: people’s seeming inability to turn off their phones for two-to-three hours while they take in a bit of Kylo Ren or Mufasa. For the most part, these are tiny indiscretions: a few blips, a mild (or moderate) expletive, a couple seconds of fumbling, and then blissful silence just as Alexander Hamilton is about to lay down a few choice rhymes regarding fiat currency. At other times, Emma Stone and Ryan Gosling’s journey in (and out) of love seems to be set to the tune of a “Kim Possible” ringtone.

Not that I minded a respite from the endless boredom.

I took a brief, unscientific poll among my friends and they had the same experience, re: phone’s going off (and La La Land, thank God). Out of thirteen people I asked, only two could name me the last time they were in a theater and everyone was silent. This shouldn’t be surprising, given a few facts:

No wonder that the most valuable patent in history is No. 174,465: Alexander Graham Bell’s legal grant on the invention of the telephone. We crave connection: to talk, to text, to buy, to join, to learn, to do anything. Phones have even helped craft our language: call, ring, and even hello in its modern sense come from this desire to reach out to the ether for some form of communication. Given all that, it shouldn’t be all that surprising that in a large enough group of people a few of them will forget to disconnect from the outside world.

Are they forgetting, though? Or is this a subconscious act to remain online, despite societal pressure, dirty looks, and frequent AMC-sponsored ads reminding us to turn off our cell phones? There’s gotta be something deeper than sheer social cluelessness.

Though I’m not writing that off, either.

Human beings are pack animals, but not in the sense of wolves. We’re more like dolphins or elephants, creating groups based on a loose hierarchy that evolves over time and the needs of the group (rather than those of a pack leader). Socialization is incredibly intricate in these kinds of clusters as collaboration is much more important than competition, requiring individuals to get along even during trying times. Be selfish? Find yourself out of luck when some other pachyderm finds tasty leaves.

It makes sense that human beings learn best when it is done socially, rather than by rote. Our lessons reinforce factual information, pedagogy, and societal roles. Each buttresses the other when we recall this information at a later time. When we succeed, we validate every one of these processes and everyone in our group. For a time, we are a hero. Our seratonin levels go wonky, our endorphins kick in, and our heart rates go up. To quote Dr. Pascal Vrticka, a social neuroscientist:

“Our brains are further wired in a way that we experience reward during mutual social interactions, and feel sensations similar to physical pain when we are socially rejected or disapproved.”

Hence why almost all of our modern platforms are about telling your story. Twitter, Twitch, Facebook, Instagram: there are dozens of platforms in which to spread your message, your photos, your life. Almost every website has a comments page. We’re constantly reminded to like, share, or retweet, and woe be to they who do not do so quickly enough! It is personal and societal: nearly 90% of large corporations in the US promote through social media!

The flip side of this is something that Brian Aldiss summed up in ‘Supertoys Last All Summer long’:

“An overcrowded world is the ideal place in which to be lonely.”

Loneliness isn’t being alone. It is being isolated. Replacing real world connectivity with online networking actually makes you lonelier, even when you’re more connected than before. This, in turn, makes you seek out more people who are like you, which in turn makes your lonelier: a feedback loop from which it is hard to escape, particularly when you’re surrounding yourself with people who just agree with you on a superficial level. It is a common yet unhealthy tactic, and the worst part is that it is typically self-inflicted.

So we remain online. We spend hours perusing the same sites in hopes of finding that certain something that will validate the amount of time we spend on the internet. Our brains are hardwired for it. Society is pressuring us to continue. And we, subconsciously, want it.

That’s why people won’t turn off their phones; it’s because we can’t. Human beings can’t live without being connected. We are desperate for outside validation, for understanding, for communication, for love. We check back on Facebook multiple times a day to see if something we posted was “liked,” or on Twitter to see if we have retweets or replies, or WordPress to see how many hits our blogs have gotten in a ten-minute span.

This is not a jeremiad aimed at social media; this is a reminder of the humanity in your fellow human beings. Yeah, it’s annoying when someone takes a call in the middle of Thanksgiving dinner, but did you really want to hear Uncle Joey rant about how the illuminati are digging a tunnel from Kuwait to downtown Philadelphia? I don’t think Jesus would mind me misquoting him when I say, “who amongst you hast not forgotten to turn off thy cellphone in a movie?

Even through all of this, I tend to view it as proof that humanity is (somehow) going to tough it out. The mechanisms might be malfunctioning right now but the soul is intact. We want to do more, see more, be more. We just need to keep our minds open and to help others help along the way.