Disney is getting rid of the entire Expanded Universe for Star Wars. If you haven’t heard, and are a fan, then I’ll wait right here while you cry yourself to sleep. I’ll wait.

To be fair, though, it’s not like we didn’t see this coming. Disney has already axed pretty much anything regarding Star Wars that began even a little outside of their control. LucasArts was the big one that most people gnashed their teeth about a la some biblical figure, but there are numerous other moments of grief playing themselves out across the House of Mouse. The Clone Wars, an Emmy-award winning smash-hit, only managed a graceful exit thanks to a receptive home. For everything else, it’s been a spring cleaning that is matched only by the ending scene of The Godfather.

You’ll notice I’ll be making a lot of references to that film in this essay.

Let’s be frank about this, though: this is a business decision. It’s not going to be popular with uber-fans, nor is it something fantastic from those who like perpetual narratives on their franchise pizzas. As Disney knows, however, unless you seriously, seriously mess up a franchise, the super-fans come back. If Batman can survive Batman & Robin, if DC Comics can survive bi-decade reboots, if James Bond can survive multiple actor/narrative face-lifts, Star Wars can survive some cosmetic surgery.

Now, you may be saying, “Steele, this is not standard cosmetic surgery by Michael Jackson level; how can you possibly be onboard with this process?” The answers is that Michael Jackson jokes will never get old. Oh, and that I don’t like it but I understand it. Starlight Runner and yours truly always preach that it’s better to continue on with the story unless something monstrously disastrous comes down the pike. Better, but not essential. There are loads of franchises that have rebooted to success over the years. We have even worked on one. People hem and haw about reboots and dictorial decisions from the powers-that-be, but in the end, a quality story and a willingness to be open with fans about the reasons of a major change will trump strict adherence to a code.

Why? It’s not just because we’re all gluttons for punishment whenever someone slaps a lightsaber on a cardboard tube, or because we’re so desperate for quality Star Wars content that we’d be willing to cull the herd for a healthy overall population, though both points aren’t untrue, either. It comes down to two things:

Speaking of which, why is Disney saving a part of the franchise that is reviled and excising a part that isn’t?

In case you couldn’t understand that admittedly obtuse reference, this is a business and kids (aka, the people who saw these things growing up and are now of an age where they have disposable income) love the prequels. They’re the ones that Disney cares about. They’re the ones who will, soon enough, be introducing their own children to that which they grew up with. The old generation has passed their peak dollar expenditure; they’ve already put their kids through Star Wars boot camp and have already bought all the classic comics, novels, and accoutrement. You think that a first grader is going to want to relive the N64’s Shadow of the Empire when the average “kid” who grew up in that era won’t repurchase it? 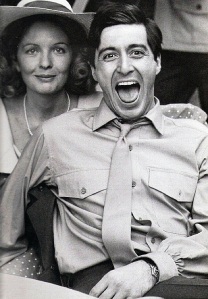 In short, this will eventually work out for everybody. Kids love the prequels. Casual fans don’t really care so long as there’s something new and hyped coming down the block. J.J. Abrams gives the project some remake-cred, thanks to his more than serviceable turn on Star Trek. Fans get to see Luke, Leia, and Han one more time. The EU is taken out of canon but will probably become it’s own “universe” that will accept a monthly fee to access in its entirety (I’m not joking: that’s my prediction). And if the next three films are great, all sins will be forgiven, particularly if there’s quality ancillary content surrounding it. Isn’t that what people want? More Star Wars? Particularly more good Star Wars?

Don’t deny it. Episodes VII, VIII, and IX? This is what all the super-fans clamored for. Did we think that it would come without cost? That Hollywood execs were going to be faithful to the five levels of continuity made up the Star Wars canon hierarchy? This was in the cards, written on the wall, and foretold by the prophets. It was a business decision, nothing personal, and there was nothing that anybody could do about it.

…but, if it helps, I understand your pain.