When last we met (many, many moons ago), our talk about passive and active media led to quite a lot of attention. I got record-high viewership totals. My blog got bandied about on the interwebz like a rain-slicked football at a Pop Warner football game. For a split second, I even began to trend. It was heady to receive this attention, and it brought in a lot of work, hence my absence on ye ol’ blogosphere.

But enough about me. Well, no… keep it up with the laudations…

I did receive a few questions about it all, naturally. People were genuinely interested in talking about some of the more detailed aspects of my missive, which generally fell into the following categories. 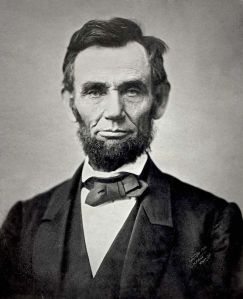 So I decided to give you guys a peek into what I mean about the usage of storytelling between platforms. Let’s look at this from a franchise perspective so that the themes are congruent, the characters are similar, and it’s reasonably well known enough for a broad audience to understand. 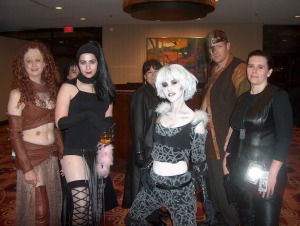 I’ll save my Farscape fanfiction for another day.

That takes us to the Alien franchise, which has gotten some exciting news in recent days. It’s been a film series, a line of toys, a comic book bonanza, the inspiration for dozens of video games, and a cross-platform narrative along many other platforms since the initial movie hit the big screen in 1979. There have been a lot of interpretations over the course of these thirty-six years that have expanded its story world and—not incidentally—made a ton of money. There have also been some missteps along the way, principally when the brand wandered off course. So what separates the two?

First, we must take a look at what the series is. The Alien franchise is about…

Starlight Runner would wrap this up in a handy-dandy logline and universe overview that examines the franchise’s place in narrative history. Is Ripley an example of a Caregiver or of an Outlaw? What motifs have worked the best with the fanbase and can be used to unite them in future storylines without being derivative? How does the franchise solve the problem of the horror franchise (see my next blog entry)? Even in asking these questions, it is easy to see that there’s a lot of subtlety beneath the surface of a dystopic tale of survival. But how can these and other elements be wielded correctly?

If you suggested musical comedy, that’s a “no,” but I like your style.

This is where differentiation comes into play. Each platform, when used properly, can examine the underpinnings of each of the above tenets in ways that can only be explored via their mechanics or language. Creators and fans can examine these facets from a wider perspective by seeing how they function in an active or passive role.

Let’s take a recent success in the franchise to showcase this, one that mimics the horror of the original film without aping it.

Alien: Isolation was a 2014 critical darling, a fan favorite, and a solid seller for a number of reasons. It was also a return to the style of Alien after decades of content inspired by its sequel, Aliens. There’s certainly nothing wrong with the latter content (well, most of the time), but the thrill of action-horror and the difficulty of producing quality survival-horror left the foundations of the first film largely ignored by games for quite some time. Isolation went back to the well and succeeded because it understood the source material on an intrinsic level while also reveling in the experience that only a video game can produce. It succeeded at understanding how survival-horror works in film…

…and then avoiding it.

Well, not necessarily avoiding it, but not giving into the temptation of adaptation. What worked for Alien, or Aliens, or any of the other works in the film franchise does not necessarily work for the other segments. Just because there’s a xenomorph and a flamethrower doesn’t mean that the terror of this franchise comes through. There’s something beyond the narrative underpinnings that makes an Alien game an Alien game. That’s the difference between platforms, between active and passive media, between the message and the mechanism.

In horror films such as Alien, the scares come from the fact that you’re strapped in for the ride. Like a roller coaster, you feel out of control. You can’t escape. The characters are making choices. and there’s nothing you can do about it. You feel helpless to control the events of the narrative. You can only hang on. Yet at the end of the two-hour show, you’re out in world, breathing fresh air and exhilarated from an endorphin rush.

Horror games function differently. The gamer is not a bystander. He or she makes active choices in order to survive. Heal now with enemies around or chance it and try to make it to a safe house? Explore for more ammo or play it safe and keep moving? Sacrifice your momentum or sacrifice your morals? The more varied the gameplay, the better. There’s only so much hiding, creeping, and fleeing one can do, after all. Indeed, too much terror can force the player to disengage due to connection made via the controller. Yet the vicarious thrill of being forced into a situation means that every moment one spends in the game is a purposeful choice to take on this horror. Success means victory over the environment and over one’s own fears or frailties. No wonder it’s successful when done well.

Now then, a comparison between the film and the game…

Forces of Nature: The O.G. Alien, in all its cinematic, never-quite-get-a-good-look glory. It is nearly unstoppable and there’s nothing anybody (crew or audience) can do about it.

Science-Fiction Horror: Emphasis on the horror, but with a healthy dose of cinematic science fiction in the form of make-up effects, distant planets, and the void of space.

Deliberate Intent: The adult alien doesn’t even appear on screen until nearly minute 40 in the film. It’s chaos from there, including a pulse-pounding, fifteen-minute finale that refuses to let up.

No Way Out: The initial detour onto LV-426 aside, the entire film takes place in the hallways and airshafts of a spaceship… and it’s escape pod…

Are We the Monster: Ash isn’t human (oh, sorry… spoiler alert), but his orders come from the Company. That’s not a coincidence, as he’s definitely a tool created by somebody to fulfill orders. Which brings us to…

Humankind and our Tools: All of our tools can’t stop the horror unfolding. There are attempts to isolate the alien, kill it, or at least just escape it. Nothing works. Even Ripley is ultimately “betrayed” by Mother.

Individual Triumph: A few characters make a lot of dumb decisions along the way, and it’s only by sheer will that Ripley makes it out alive.

Forces of Nature: The xenomorph, sure, but it is thematically in opposition to the surviving humans and the threat of space outside. Each provides a specific kind of horror that will play on every player differently.

Science-Fiction Horror: Eschews modernizing the look and deliberately places the gamer into the future of the 70’s, reiterating the place and context on a continual basis.

Deliberate Intent: A (very) slow build that leads to minutes of terror when you’re fleeing the monster, mitigated by stretches where the threat of the alien is enough to keep you on edge without forcing you to shut the game off.

No Way Out: With the exception of one or two set-pieces, the game forces players to wander through a labyrinth of tunnels, some of which require tools and backtracking in order to navigate properly. How’s that map working out for you?

Are We the Monster: Look at the other bands of survivors, whom you can choose to kill or avoid. There’s also plot threads hanging around the Seegson Corporation, Marlow, Taylor, that bring up a whole slew of other questions that are left to the player to resolve.

Humankind and our Tools: The Working Joes again, but there’s also the crafting system, the QTE’s, and the optional messages that extend the story and its thematic concerns.

Individual Triumph: Hey, Amanda Ripley (or rather, the player) tries to help people survive, but only she has the skills necessary to make it out of most situations.

Now, I’m not saying that Alien: Isolation is a perfect game, nor is it the perfect Alien game. What I am saying is that when you look up at that list, it’s no wonder that many fans found something to like about how it fit into the greater universe of the franchise. That created enough buzz that people got excited about the prospect of this title long before it was released.

I know, I know: “buzz” is an over-used word that can lead the unwary down the same path of doom that leads to Sarnath. Yet without fan support, how could a game that was so different from recent offerings hope to encourage non-fans to get on board, especially with so many failures in the past? The people behind the Creative Assembly and Sega, the respective developer and publisher of Alien: Isolation, knew that such a mending of fences could only heighten anticipation. Working within the boundaries of the franchise would give focus to the project while also leaving enough room to experiment. This let creators do what they do best: create a quality product. 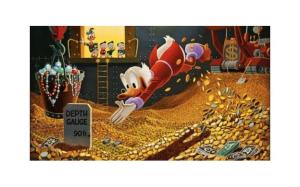 Oh, right. And profits. Create lots and lots of profits.

I have full faith that Neill Blompkamp has already taken all of this to mind with his upcoming take on the film franchise. His early interviews seem to be leaning that way, at least, which gives me a lot for which to hope. There’s a lot at stake here, not least of which his career, should Blomkamp’s upcoming Chappie underperform (as did his second directorial effort, Elysium). This should by no means be taken as a slight against him. Rather, it can serve as a cautionary tale to those who are interested in transmedia development.

Other franchises which will go unnamed have let “auteurs” run roughshod over their continuities. This has led to weakened brands, lost profits, and diminished fan communities, with little to gain. Why not let the franchises stand on their own and utilize the toolsets that have created the blockbusters of yesteryear? If a franchise that produced Colonial Marines can right the ship, any can. All it takes is patience to understand the story, the platform, and how audiences affect them, rather than the other way around. 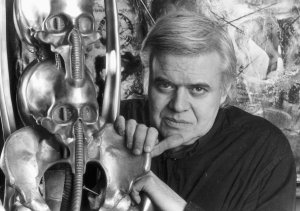 And if you happen to have H.R. Giger, that works, too.