People always complain about the youngest generation, but I actually love the Pluralists. These are the kids who were born near or after 2001, the peeps who have never known a world without the internet, who have grown up post-9/11, who have the information of our entire history at their fingertips. 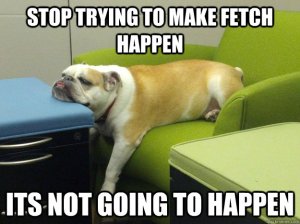 When they’re not posting image macros, that is.

I mean, let’s just look at the Pluralists as a whole. They:

That’s a pretty accomplished list for me! There’s just one small issue… 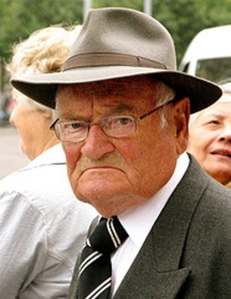 Get off my lawn! I mean, get off my interwebs!

People who have grown up without the internet understand the implicit problems that come along with the hyper-connectivity it carries. Concerns about privacy, feedback, and communication all played out differently in a pre-internet world. Even Gen Xers and Yers, those early adopters of mass-form intercommunication, are naturally wary of some of the excesses of digital media. Nothing was free in the consumer-driven world, so why would anything be free now? That is, “if you can’t find a product on a site, then you are the product.”

Pluralists, meanwhile, have only ever been exposed to a world where two-way communication exists. Their trust, love, and idealism is to be commended… but it also means that many have yet to fully grasp what their presence online can represent.

Let’s take a look at Alex from Target.

Think of all that went wrong or could have gone wrong in this set-up. Some of the same folk who are reveling in Alex’s fame were not so long ago complaining about similar unwarranted shots. Alex could have cracked under the pressure, though he still might. He might not have been able to prove that he was a real kid, or at least that this whole thing pre-dated Breakr’s claims. Thank God it turned out all for him. Or rather, that he or his parents were able to take control of the narrative (read: at least not let it get too nuts). This was not his fault and yet he had to make it his own because everybody suddenly wanted a piece of him.

With apologies to both Zuckerberg and Keats, the internet is writ in stone not water, yet Pluralists (and people who act like Pluralists) sometimes don’t understand the connotations their words have outside of their social circle. I recently spoke with a school headmaster who had to deal with a student who had written a Facebook post threatening to stab somebody. When confronted, the child was genuinely perplexed: he hadn’t meant it seriously. In the same way that someone pre-Pluralist would say “I could kill you,” but not actually intend a threat, so too did this child and others not yet grasp that the written word has greater import than a statement. Though this is arguable, as well…

The level of abstraction leads to all kinds of shifts in culture. The recontextualization of language (“epic,” “fail,” “based,” “etc.”) showcases a need of expression that cannot be currently contained by English. The conflagration of faux-currency and real currency can sometimes lead to disaster. Bullying, self-identity, non-linear education… 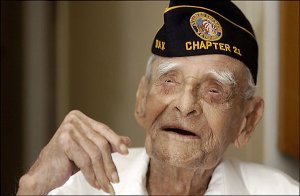 Stop me if I begin to sound too ancient here.

These can all be potential problems on their own but combined with an attitude of consumption? That’s just dangerous. These are young people who can be manipulated by outside forces much more readily than any generation before. It’s not that they’re not skeptical; it’s that there are several generations who are used to getting people to do what they want. Without understanding the foundational language of their preferred media (the internet), they are setting themselves up to be used by others for other ends. I’m not saying it’s all dark out there, but some stuff makes you wonder…

This is part of the personal credo of Starlight Runner Entertainment and myself whenever we speak to young people and emerging artists. We must teach our sons and daughters how to be better citizens in our own nation, in the world, and on the net. Committing otherwise would be a disservice to them and to our own future. There just needs to be education about the matter so that people can be users and not just consumers of content.

First, every person on the web needs to understand that—regardless of our predilictions—there really is no such thing as privacy on the net. Consider every move you make, word you write, and organization you join to be broadcast to the world. It’s not going to stop the NSA, but it will at least get you thinking about what you put out there.

Secondly, consider this from a socially positive attitude as well: do good. It’s easy to attack others or express our distaste online, and even easier to react when people attack us. But just because we are usually anonymous doesn’t mean that we should allow our emotions to rule us. Contrary to the platitudes of decades past, an emotional response may be valid but a decision based on that always has unintended consequences. And, as stated, it’s not exactly like we’re really anonymous.

Lastly, understand that everything we buy or view has a message that is being transmitted. Wearing logos spreads branding. Watching any ad-based programming creates impressions. This seems obvious, except that people willingly do this all the time… and for good reason! We shouldn’t mind spreading a brand’s message if we truly believe in its goals or quality. We also shouldn’t simply buy-in because “it’s a part of the culture.” The modern age allows us to create our own identities and cultures in a way that has never been more powerful. The more we are aware of this, the less likely we are to be influenced by it. 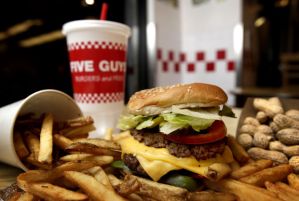 That being said, anybody who prefers In-n-Out to Five Guys has obviously burned away their taste buds.

These are small but important messages that need to be instilled on a daily basis. Stop during the day and ask, “why?” Children do this all the time, so why should we stifle this questioning in them or ourselves? Use the tools that have been given to us, both biologically and technologically, to help create a better world. And in the end, if you’re okay with what the world’s selling, then that’s fine, but why would you want to buy it if you’re not getting anything out of it? Why help create Time-Warner’s world? If silence is consent, then purchase is radical consent.

Our world is rapidly changing. The Age of Consumption is dead. The Age of the User is upon us. 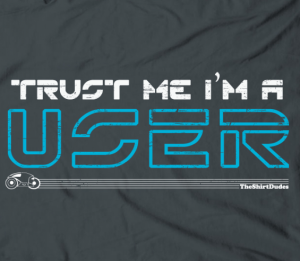